Generation Z In The Workplace - Are You Ready?

Baby boomers, Generation X, millennials, and now Generation Z. In today's workforce, four generations come together - each one characterised by how the economy looked when they grew up. Besides being born in 1995 or later, what do we really know about the newcomers, Generation Z in the workplace?

They have been called the first generation of digital natives because they’ve grown up with smartphones and social media. In fact, some sources have even dubbed them The Smartphone Generation. They’re constantly connected thus accustomed to searching for information themselves, seeing quick results and making individual choices from a wide selection.

While past generations did their best to resist growing for as long as they could, Generation Z have grown up fast. They are described as more pragmatic than those born in the ’80s who are often considered idealistic. Perhaps the financial crashes of the 21st century have given them a greater need for security. Perhaps they simply do as all generations have done and reacted to their parents.

How does today's constant access to information affect their view of knowledge and education? Many of Generation Z are reluctant to take out expensive student loans and spend years on traditional education. Instead, they want to gain professional knowledge from their employers.

In today's changing world of work, it’s not realistic to think that one will be fully educated within a profession and learn all they need to know sitting behind a school desk without the need to update one’s knowledge or change path a few times along the way. 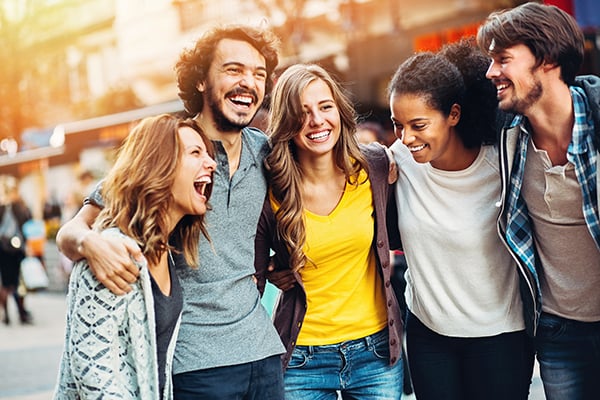 Environment and gender equality are important issues for Generation Z with 60% saying they want to have an impact on the world, according to a study by marketing agency, Sparks & Honey.

As digital natives, Generation Z are also accustomed to quickly deciding whether messages are authentic or not, making them difficult to reach with traditional marketing methods. Instead, Generation Z listen to recommendations from influencers. Generation Z want to feel connected to an organisation’s core values. Therefore, employers hoping to attract Generation Z in the workplace should focus on building an employer brand based on strong and credible values.

Generation Z have grown up in an age where choices seem endless. In today's high schools, one can, for example, study not only nature or social science programs but also study dog hairdressing, become a circus artist or a successful YouTuber. With greater choice, there will be increased individual responsibility, and, according to some analysts, increased stress - not least when it comes to personal finances.

According to a recent report from the insurance company Skandia, those born in the 1990's need to save more than twice as much in their own pension capital as those born in the 1960s in order to get 80% of their final salary pension scheme. Don’t be surprised if occupational pensions and access to independent investment advice become in-demand employee benefits for Generation Z in the next few years, despite the fact that neither benefit was among the ten most appreciated benefits.

In recent years, there have been many reports about an increase in mental illness among young people. Explanations include everything from too much screen time to growing socioeconomic divisions.

According to Thrive Global, approximately one in three feel stressed about their health and well-being. On the other hand, stigmatization around mental illness, including depression and stress has decreased, which makes it difficult to determine whether young people really have worse mental health today or if they are merely better at putting words to how they feel and better at asking for help?

Despite stress alarms and sedentary screen life, health is generally seen as important to today's young people. For example, smoking and alcohol consumption has decreased compared to previous generations. Many employers today offer healthcare benefits to encourage healthier lifestyles. Employers can also offer employees healthcare benefits such as KBT therapy and psychological support as part of their employment.

A recent Universum report explored what today's students want from their future employers and found that job stability, work-life balance and the feeling that the work has meaning were at the top of their list. Those priorities can explain why the public sector ranks significantly higher than previously hyped industries such as media and marketing. At the same time, the report points out that Generation Z expects higher entry-level salaries than their Generation Y counterparts.

Where millennials are often seen as idealistic and motivated by purpose over money, Generation Z want security and money. But it’s not merely salary but total reward. Therefore, employers would be wise to support Generation Z by providing a benefits package complete lifestyle benefits and financial wellness tools as part of their compensation.

Download our e-book, Generation Z – The Definitive Guide to The Future Workforce, to learn more about Generation Z, their communication preferences, how to attract them to your organization and much more.

Which is more important? Employee engagement or Workplace culture?

The manufacturing industry and HR benefits: The recovery starts here

It’s been a tough time for all industries across the globe with Brexit and high inflation in the UK, the great resignati...
Employee Engagement Employee Benefits Employee Experience

Technology is changing reward strategies for the better

The time it takes technology to advance has been estimated to be every 18 months to two years, something which has come ...
See all posts